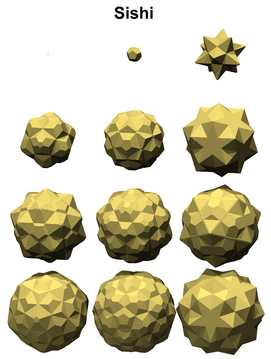 The vertices of a small stellated hecatonicosachoron of edge length 1, centered at the origin, are given by all permutations of:

and all even permutations of:

Retrieved from "https://polytope.miraheze.org/w/index.php?title=Small_stellated_hecatonicosachoron&oldid=35685"
Categories:
Cookies help us deliver our services. By using our services, you agree to our use of cookies.